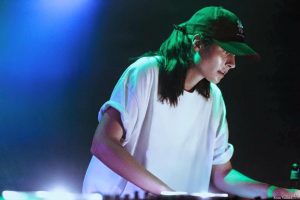 Montreal based producer RYAN Playground has released an absolutely infectious new single “I Won’t Sleep On You”. Signed to Ryan Hemsworth’s Secret Songs label, this newest single moves between electronic-pop, dancehall, and even acoustic guitar strums to create a distinctly modern take on pop music.

Having just released the Elle E.P. in February, it’s been a busy year for RYAN Playground and things are only getting bigger. The young producer continues releasing quality music with an eclectic mix of styles, and we’re excited to hear what she does next.