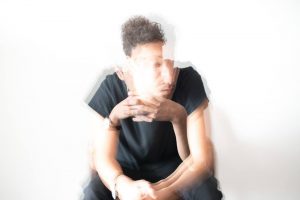 Jazz and House are two genres which don’t meet often enough. But this track is a testament to the powerful creation that occurs when they do cross paths. From Melbourne producer Prequel comes this deep Detroit-house groove which he has blended with the smoothest of jazz samples, and the ubiquitous MC Cazeaux O.S.L.O appearing to deliver a long form poem on his perception of blackness and a list of “saints” in a style reminiscent of Saul Williams’ Coded Language.

Cazeaux O.S.L.O’s voice also appears as a percussive tool, with his ad-libs and almost scat-like improvisations chiming in to strengthen the off-beat swing of the track. Prequel’s creative production blends an almost 90s jazz-rap school of sampling with the snappy percussion of Detroit-house to create an atmospheric and festive piece of music, unlike anything else coming out of Melbourne.