The newest addition to the Spirit Level team is the young Melbourne producer Don, whose experimental soundscapes traverse the line between organic and electronic.

His new two-track release “Coast / Hymn” is out now on Spirit Level, available on Bandcamp, Soundcloud, Spotify and Apple Music/iTunes.

“Coast / Hymn” has been mastered by Lachlan Carrick with artwork provided by Aldous Massie.

“The sound of Don is the sound of the natural world dissected and recombined. His work draws heavily from natural sound worlds, sampling and then refracting the sounds of real world environments, people, objects and natural settings.

The raw materials for “Coast” and “Hymn” were recorded on a field trip to the remote Pacific, where Don sampled the sounds of the people, flora and fauna of the Cook Islands. Those natural sounds fuse with musical samples and instrumental performance to form delicate and playful sonic meditations.

These two mesmerising soundscapes hum with electric energy.   Both “Coast” and “Hymn” are sonic explorations that are at once ambitious and sensitive, the product of an agile and rapidly expanding young mind.” 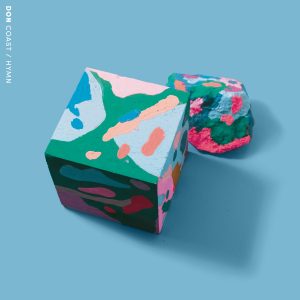