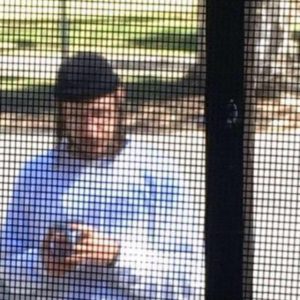 Ôntreɪ is an incredibly experimental young MC from Sydney, furthering Australia’s long-overdue venture into abstract hip-hop. His delivery is a scatter-brained free-form expression that moves between a deep-voiced breathy flow and deranged singing style similar to Zeroh. The production, courtesy of Sampa the Great collaborator Godriguez, is equally as unpredictable. Beginning with atmospheric guitar plucking and sweeping samples, the track then descends into a noisy bass-heavy groove with layers of screeching and wailing, before moving into one of the smoothest loops of jazz guitar-soloing heard in recent memory.

With pitch manipulation engulfing the voices of Ôntreɪ and Stackhat for the duration of the song, their is unfortunately little distinction between MC’s – though a British pronunciation does make itself known in the latter half of the track. But this doesn’t harm the song, infact it’s because both voices are equally zany and fit the chaotic hammering of the instrumental so well that they blend together. It’s unexpected and refreshing to see that in a time when Australian hip-hop acts are moving in so many different directions, Ôntreɪ has crafted an EP full of such unhinged and eccentric music.