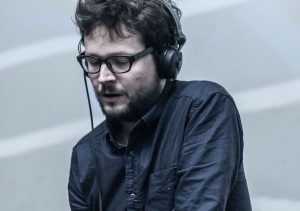 Over the several distinct movements, the listener is raised to the point of pulsating exaltation and is left with a lasting impression as it fades out. This song is a far-cry from Floex’s electro-quirkiness found in the critically acclaimed Machinarium soundtrack, instead Floex has created a piece that has a sustained mystique and dark aura that appears in many forms throughout it’s constantly changing structure.