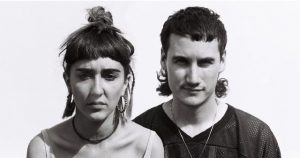 The Melbourne audiovisual duo friendships have released their debut album Nullabor 1988-1989, featuring this deeply fierce cut “Purebred Dogs”. Yaw Faso’s rapid-fire vocals and the experimental garage beat make for a vicious audio assault, with thelovelyme’s precisely chopped vocals being featured in a similar style to those of Bjork on Death Grips’ niggas on the moon.

friendships have created an album that is deeply rooted in Australiana, while being impressively futuristic and progressive. “Purebred Dogs” is the perfect example of this.