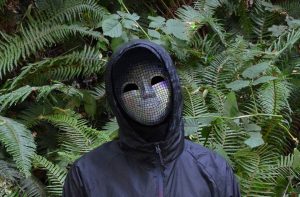 Without any warning or promotion, the cult icon of vapor-wave Blank Banshee has released his first album in three years. The new album MEGA takes on a variety of influences and molds them into a uniquely modern style that only feels right to describe as a ‘video-game soundtrack for the club’.

In “Ecco Chamber”, he blends trap-influenced pitched snare rolls and high-hats with lush sound effects and chords that would feel at home on a Legend of Zelda OST or Boards of Canada release.