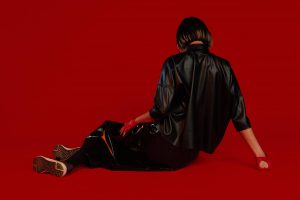 We’ve previously covered CORIN‘s first single from Virtuality, her upcoming debut EP on Wondercore Island, and now a second single has been released which expands on the blueprint layed out in “Vexations”.

In “Void”, it seems that CORIN is emphasising the duality in her music even more than previously. The minimal approach to her production leaves plenty of room for icy reverb to float away in the mix, but the frantic arpeggios and almost dubstep-reminicent bass synth suggest an underlying maximalism that seeps through at times. The most exciting feature of this single is that it seems to set up Virtuality as a cohesive EP to be listened to as a whole, with these flawless singles only being an entry point to a bigger project.